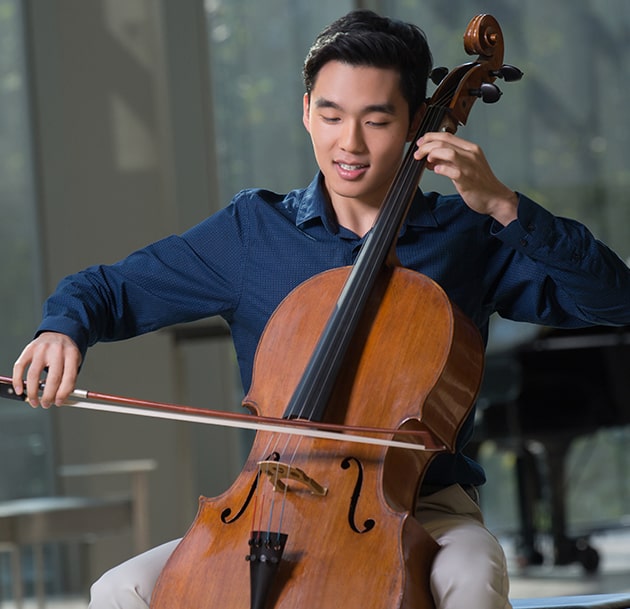 Albert Seo, from Vancouver, B.C., entered the Curtis Institute of Music in 2016. He studies with Carter Brey, principal cello of the New York Philharmonic, and Peter Wiley, former cellist of the Guarneri Quartet.

In 2015, Albert was a finalist at the Johansen International Competition for Young String Players, and was a semifinalist at the Stulberg International String Competition, where he also won the Bach Award. In 2016, he won the senior division of the Vancouver Symphony Orchestra (VSO) School of Music Future of Excellence Competition—gaining the chance to perform with the VSO.