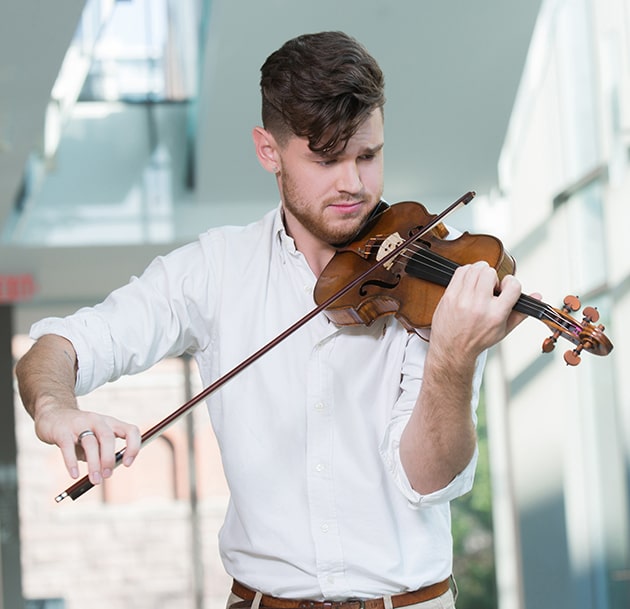 Blake Pouliot has been described by the Toronto Star as, “One of those special talents that come along once in a lifetime,” while La Presse wrote, following his debut with the Montreal Symphony, that he was “Clearly. Absolutely. Undoubtedly virtuoso.”

Blake is the Grand Prize winner of the 2016 Orchestra Symphonique de Montréal Manulife Competition. Since his solo orchestral debut with the Toronto Trinity Chamber Orchestra at age 11, he has performed as a soloist with many world-class orchestras, including the Aspen Philharmonic Orchestra, the Edmonton Symphony, the Montreal Symphony, the NAC Orchestra, the Toronto Symphony, the Vancouver Symphony, and symphonies in both Europe and South America. He has worked with several conductors, including Sir Neville Marriner, Nicolas McGegan, Alain Trudel, and Hugh Wolff.

He completed his Professional Studies Certificate at the Colburn School Conservatory of Music in Los Angeles, where he studied with Robert Lipsett.