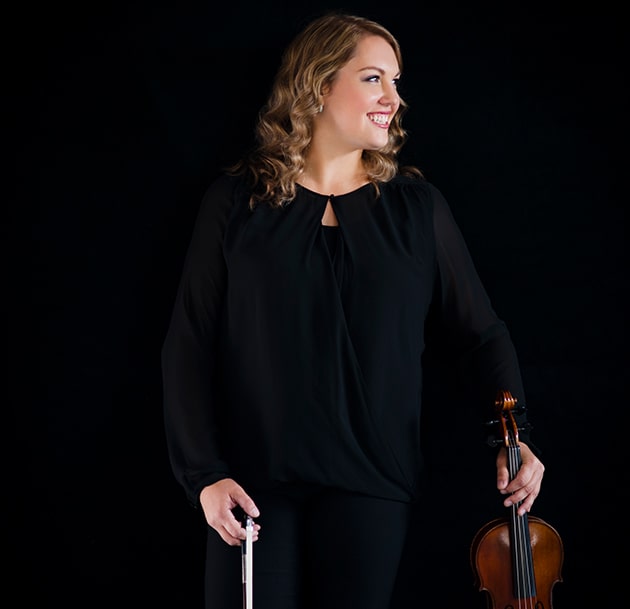 Based in Ottawa, Ontario, Carissa Klopoushak is a proud member of Canada's National Arts Centre Orchestra, and the Ironwood Quartet.

A laureate of the 2009 Eckhardt-Grammatte National Music Competition and the 2012 Canada Council Instrument Bank Competition, she has toured extensively across Canada and has been featured at Ottawa Chamberfest, the Montréal Chamber festival, and the Toronto Summer Music festival. She also spent three months touring with the Australian Chamber Orchestra. She is Artistic Director of the Ritornello Chamber Music Festival in her hometown of Saskatoon, Saskatchewan.

Carissa holds a doctorate in violin performance from McGill University, where she focused on the little-known classical violin repertoire of Ukrainian composers. She sings and plays violin in the Ukrainian band Tyt i Tam. Her debut recording, SOUNDWORLDS, was released in 2016.