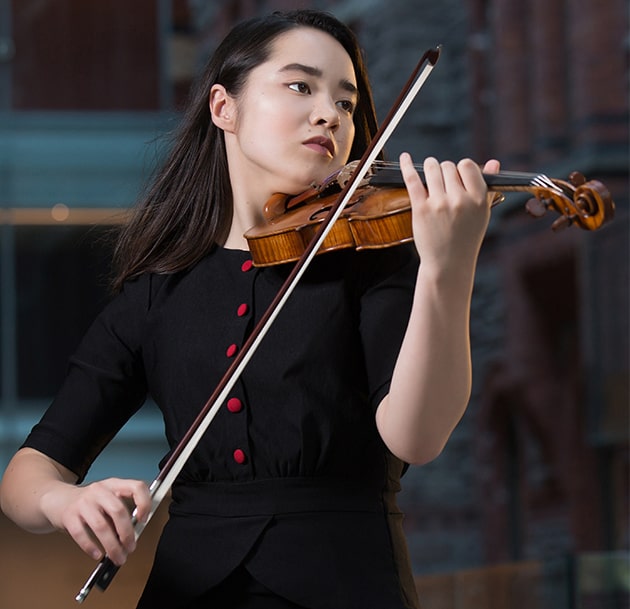 Emma Meinrenken is a Dorothy Richard Starling Foundation Annual Fellow at the Curtis Institute of Music, where she studies with Ida Kavafian. Her former teachers include Atis Bankas and Victor Danchenko.