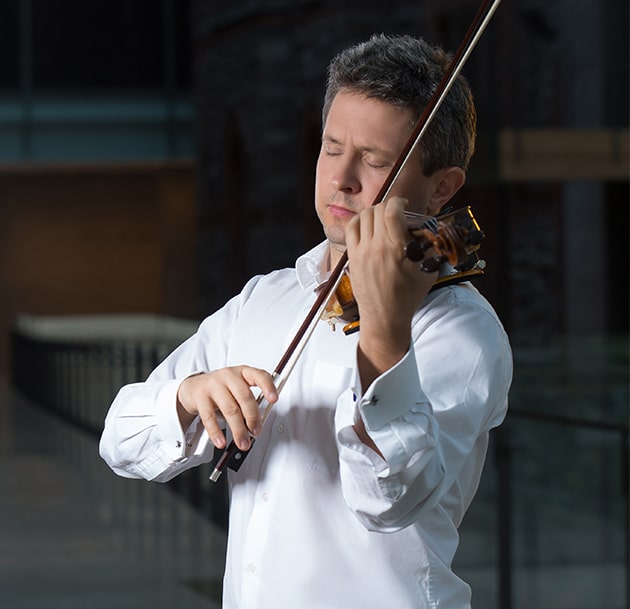 Praised in the Calgary Herald for his “attention to every detail of phrasing,” Canadian violinist Emmanuel Vukovich is a recipient of the Oxford String Quartet Scholarship and the Schulich Golden Violin Award.

He recently completed his Masters of Music and graduate diploma degrees at the New England Conservatory of Music with Donald Weilerstein, Lucy Chapman, and Soovin Kim, and he is presently a Doctorate of Musical Arts candidate at Stony Brook University, working with the Emerson String Quartet and focusing his thesis on collaborative leadership in performance.