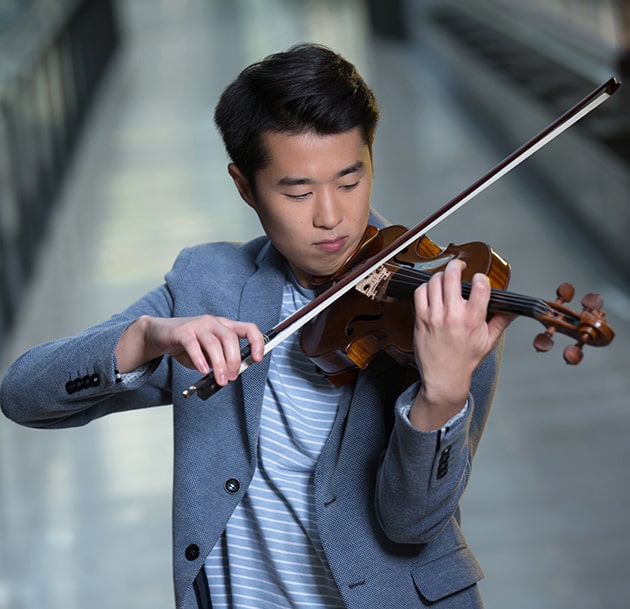 Violinist Heemin Choi began his studies with Myonghae Yoon at the age of 6. He completed his bachelor's degree at Dalhousie University's Fountain School of Performing Arts under Philippe Djokic in Halifax, Nova Scotia, and he is currently a master’s student at Rice University's Shepherd School of Music in Texas, studying under Paul Kantor.

Heemin was the winner of the Canadian Young Artist Competition in 2012, and was the recipient of the Hnatyshyn Developing Artist Grant in 2011. Heemin also became the youngest-ever award recipient of the Nova Scotia Talent Trust in 2005, and he was a winner in the National Music Festival in 2010 and 2011.

He has performed throughout North America, Europe, and Asia—sharing his love of music in various chamber music, orchestral, and solo settings. Heemin has served as a guest concertmaster for orchestras throughout Canada and the United States, and he has also played under the baton of such conductors as Esa Pekka-Salonen, Antonio Pappano, and Daniel Harding.