The Bonjour Stradivarius cello, made by Antonio Stradivari ca. 1696, is named after an amateur nineteenth century Parisian cellist, Abel Bonjour, who owned it until his death sometime after 1885. The cello subsequently passed via Fridolin Hamma, of Stuttgart, to Dr. Hans Kühne, of Cologne, who loaned the cello to the Stradivari Bicentennial exhibition in Cremona, Italy in 1937 (it is illustrated in the accompanying exhibition catalogue). For some years, the cello was owned by the Habisreutinger Foundation of St. Gallen, Switzerland. For a period , it was owned by Martin Lovett of the celebrated Amadeus Quartet.

The present owner, an anonymous donor, acquired it in the fall of 1999. The donor was moved to acquire it on seeing the film Hilary and Jackie about the life and career of the late cellist Jacqueline (“Jackie”) du Pré: in the film, an anonymous donor gives Jackie the use of her cello, and the donor was inspired to do something similar—“the Jacqueline Effect,” as the donor put it. On its purchase, luthier Ric Heinl oversaw restoration of the cello.

The instrument is a two piece back being cut on the slab and displays a most lovely horizontal figure. The ribs are of a matching material and the scroll is of a plainer material. The two piece top of mostly medium width wavy grain, displays strong hazel figure. The lower wings begin added by the maker. The varnish is of a rich gold brown colour with the top being of a slightly stronger colour. 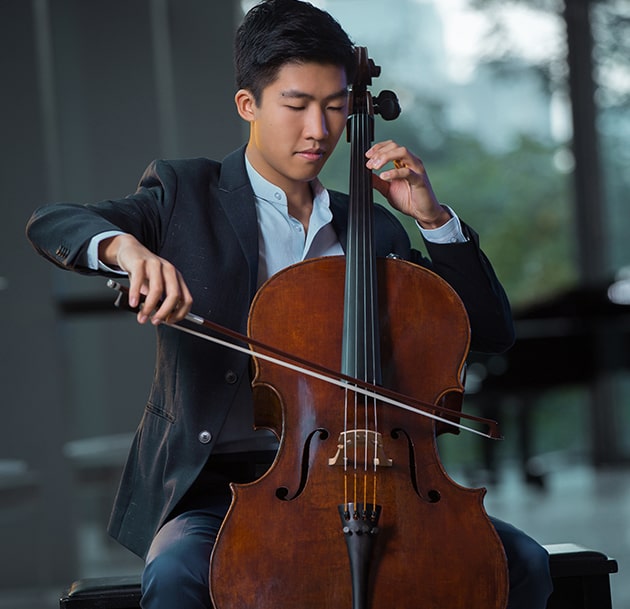