This violin is considered the first known instrument made by nineteenth century violinmaker Giovanni Francesco Pressenda of Turin, Italy. The instrument has a two piece back of slightly burled maple, being cut off the quarter. It displays narrow figure ascending slightly from the centre joint. The rib material is made to match and the scoll is of a similar material. The two piece top, displays medium width grain widening at the flanks. The varnish is a reddish brown over amber. It is in a very fine state of preservation and remains in nearly the same state it was when it left the master's hands almost two hundred years ago.

For many years, the instrument was in the possession of Remo Bolignini, a pupil of Ysaÿe. A native of Buenos Aires, Bolignini was assistant concertmaster of the NBC Symphony and, subsequently, of the Baltimore Symphony Orchestra. 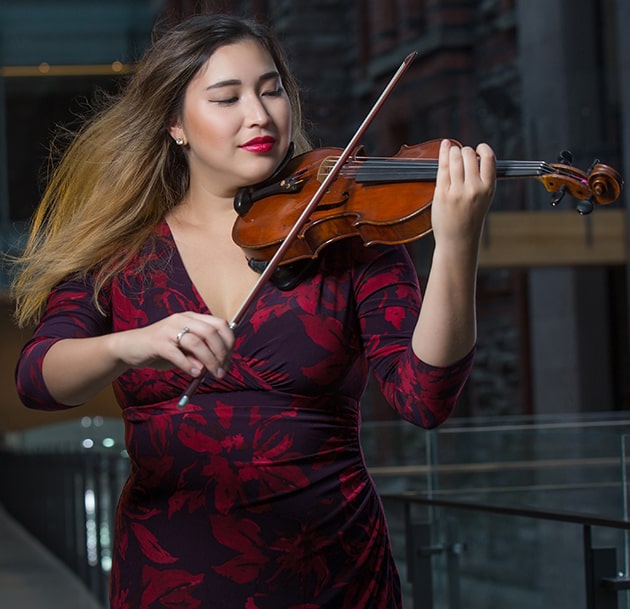