Musical Production In the Footsteps of Rumi Is a Joint Venture by Creators from Montréal and Amman, the Capital of Jordan 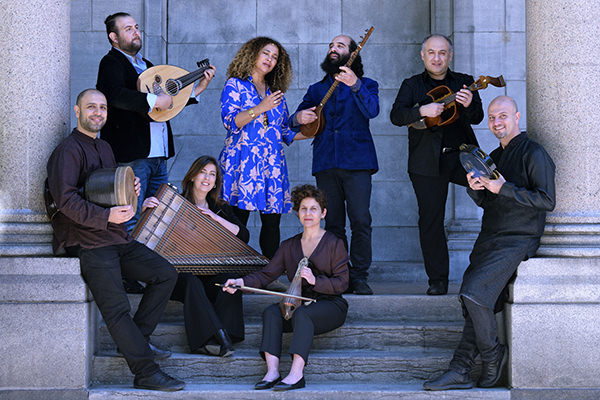 In both Canada and Jordan, the Constantinople musical ensemble creates and performs work that sets the verses of Persian poet Rumi to music.

Constantinople has presented its creation In the Footsteps of Rumi in both Canada and Jordan. In Jordan, it capitalized on the many connections of Raed Asfour, the Director of the Al Balad Music Festival, in the Jordanian capital of Amman, to extend the ensemble’s outreach in the Middle East and North Africa. This co-production featuring Ghalia Benali, a singer of Belgian and Tunisian origin, has also been presented in the Canadian cities of Montréal, Toronto, and Vancouver.

A collaboration that brings cultures together to reach for the universal

In the Footsteps of Rumi is first and foremost an encounter between two visions: that of the Constantinople musical ensemble and its artistic director, Kiya Tabassian, and that of the Jordanian team of the Al Balad Music Festival and its director, Raed Asfour. Moreover, the show highlights universal questions about life and society through the words of Persian poet Rumi. It offers a captivating musical and poetic experience that uplifts the soul to gain universal wisdom.