Program and component
Explore and Create, Concept to Realization

Building Community in Saskatoon with Theatre 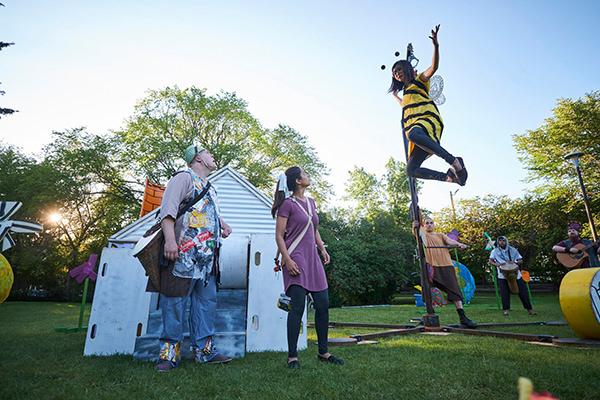 Saskatoon theatre offers dynamic programming for a breadth of audiences

Sum Theatre’s season typically includes four programs. In 2019, the company toured a new play about consent and sexual violence, ran its seventh season of Theatre in the Park, expanded its Youth on the Rise program and continued its monthly Last Sunday series, offering something for a breadth of audiences across the city. Sum Theatre values innovation and creative change and has performed theatre pieces in a public swimming pool, at a community rink, on a riverbank, and in dozens of neighbourhood parks.

In spring 2019, Sum Theatre toured Consent, a play about sexual violence, to Saskatoon and area high schools and communities, promoting safe and responsible sexual behaviour to the city’s young people. Later that summer, its Theatre in the Park production addressed humanity’s responsibilities in the face of climate change. The Canada Council’s three-year funding will ensure the theatre can continue to deliver diverse programming to Saskatoon.