In 2019, Canada will be the guest country at the Festival Internacional Cervantino—one of the largest performing arts festivals in the world. From October 9 to 27, the festival will showcase Canada’s vibrant and diverse arts sector on the stages and streets of Guanajuato, Mexico.

The Canada Council for the Arts is proud to support Canada’s participation as guest country at the 2019 Festival Internacional Cervantino in collaboration with our partners, Global Affairs Canada and the Embassy of Canada in Mexico.

Festival Internacional Cervantino is one of the largest performing arts festivals in the world. For three weeks each October, it takes over the city of Guanajuato, Mexico. The 2019 Festival Internacional Cervantino will run from October 9 to 27, with Canada featured as the guest country. Many of this year’s performances will focus on the 2019 theme, “Migrations.” Canada was also featured at the 2002 Festival, as was Quebec in 2009.

At a glance: Canada’s presence at the 2019 Festival Internacional Cervantino

The 2019 Festival Internacional Cervantino (FIC2019) program will feature 17 inspiring music, dance, and theatre shows by a diversity of artists from across Canada.

The Canada House venue, presented by the Canadian Embassy in Mexico, will feature three weeks of immersive visual, literary, and performing arts programming that will deepen audiences’ experiences of Canadian arts and culture.

The FIC2019 program will feature 17 inspiring music, dance and theatre shows by a diversity of artists from across Canada. 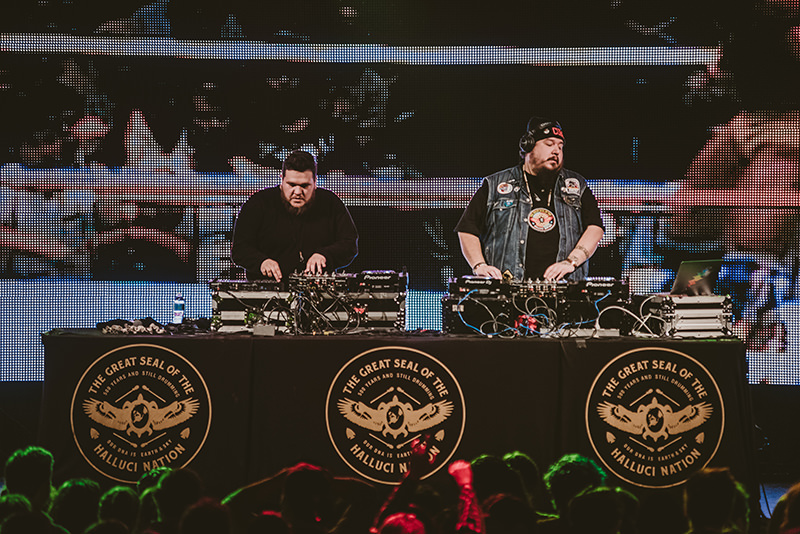 Founded in 2001, Théâtre Motus creates shows that combine puppeteering, acting techniques, coloured shadow theatre and music, in order to give life to original creations for young audiences. Ganou—Gàla, la traversée is an international co-production that brings together a core group of creators from four countries on three continents. Together, they create an original play that brings together actors, puppeteers and musicians from each of the four countries involved in the creation, including both Canada and Mexico. 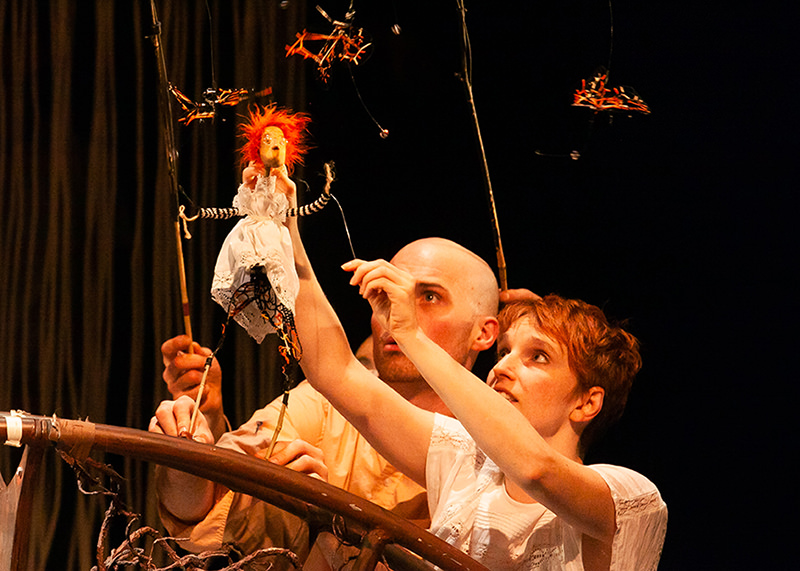 The Fretless is a Canadian fiddle foursome playing an essential part in the emerging movement mainstreaming traditional Irish folk music. Starting with their debut album in 2012, the band has steadily moved into the public eye, winning several awards for their recording. 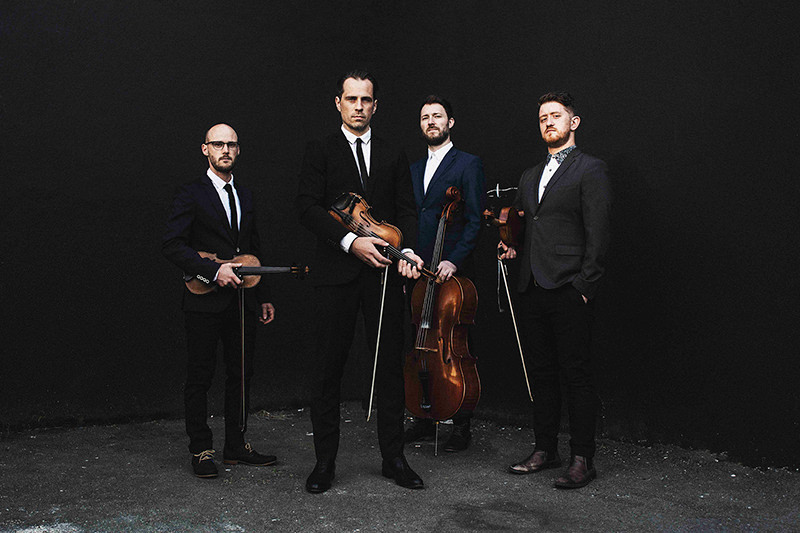 Since 1999, Quatuor Bozzini has been an original voice in new, experimental and classical music. They have commissioned over 200 pieces and presented more than 300 world premieres. Their skew is radically contemporary, propelling the hyper-creative foursome into the Montréal scene and beyond. 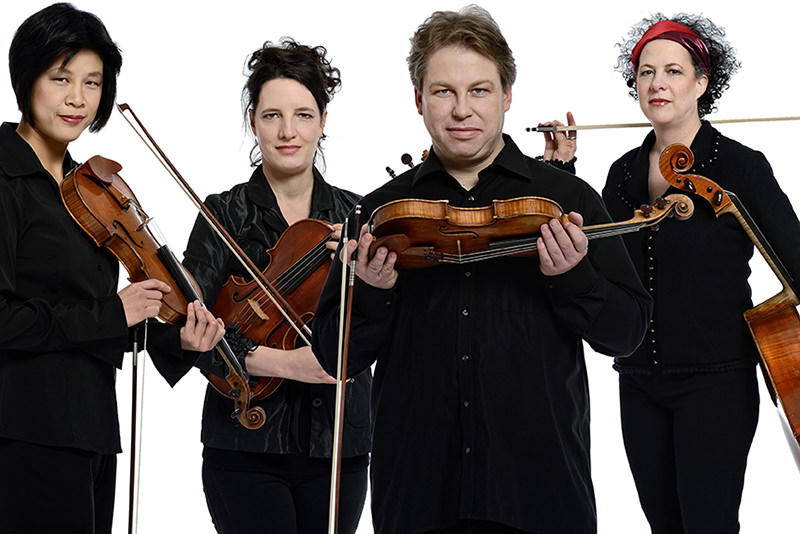 Founded in 1939, the Royal Winnipeg Ballet presents more than 50 performances every season, and has performed in the United States, South America, Europe, the Middle East, Russia, Japan, Asia, Mexico—and every Canadian province. Going Home Star—Truth and Reconciliation explores the world of Annie, a young, urban First Nations woman adrift in a contemporary life. When she meets Gordon, a long-haired trickster disguised as a homeless man, she’s propelled into a world she’s always sensed but never seen. Together, Annie and Gordon learn that without truth, there is no reconciliation. 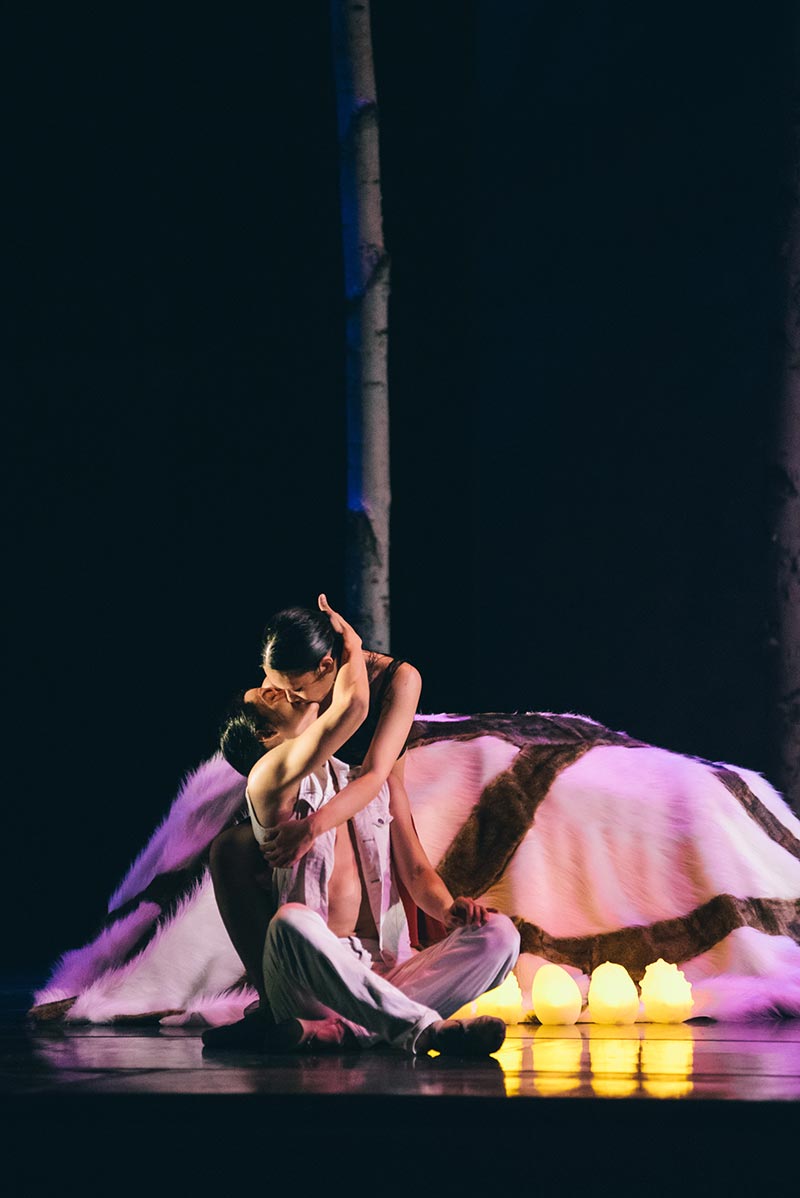 2b Theatre, When It Rains

Based in Halifax, Nova Scotia, 2b Theatre strives to stimulate the mind and awaken the spirit by producing theatre that is innovative and challenging. Their eclectic body of work includes a klezmer music-theatre hybrid and an elegiac duet for a violinist and storyteller. With a cast from Argentina, When It Rains is a play in the form of a live-action existential graphic novel, lit entirely by a video projector. This darkly funny, original work tells the story of two couples encountering improbable and unfortunate events—communications fracture, relationships crumble, and behaviour becomes absurd. 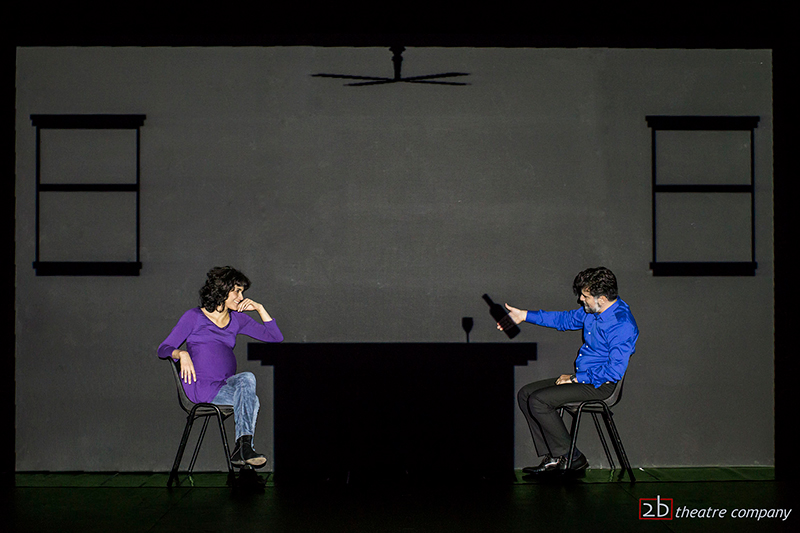 Snotty Nose Rez Kids (SNRK), of Toronto, are the combined talents of Yung Trybez and Young D, hailing from the Haisla Nation, “The People of the Snow.” Above all else, SNRK blends trap beats with woven lyricism that challenges Indigenous stereotypes. Their music is best described as thought-provoking club bangers. 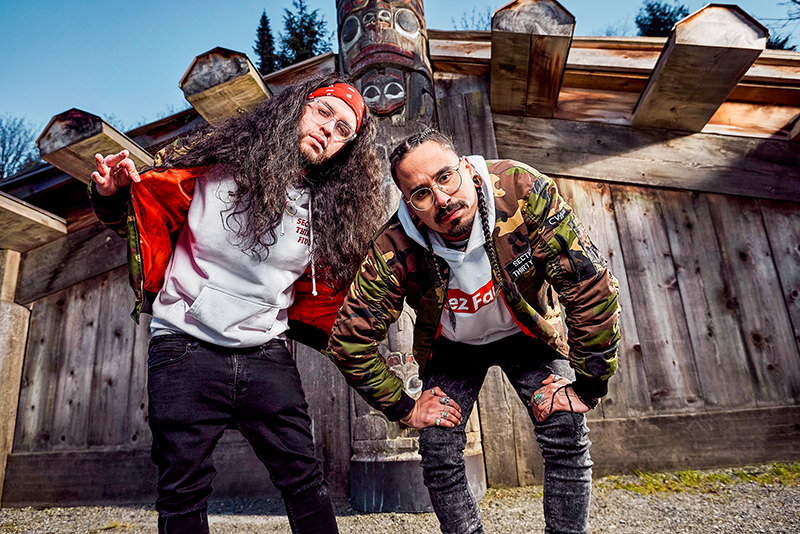 Elisapie Isaac, The Ballad of the Runaway Girl

An ambassador for Inuit culture, Elisapie has designed a genuine work of art by intertwining pieces of her own intimate story: her birth, her family, her village, her exodus, her love of art and music, her insatiable curiosity toward others, and her observations on the role of women in society. Her journey as a multifaceted artist and her life experience as an Inuk woman are two of the many narratives found in her concerts. 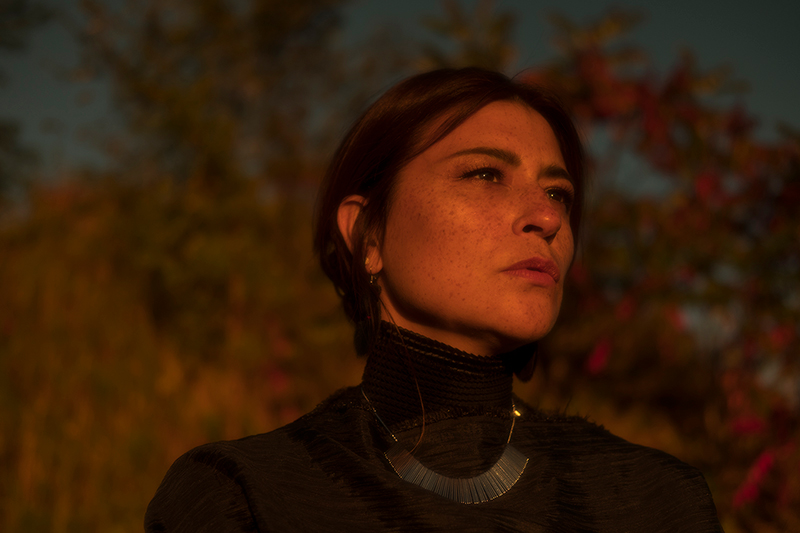 Nomadic Massive is a unique crowd-rocking, multilingual hip-hop crew based out of Montréal. Known for their explosive shows and sharp socially conscious lyrics, the band has captivated audiences worldwide with their own mix of global beats, based on live instrumentation and the art of sampling. 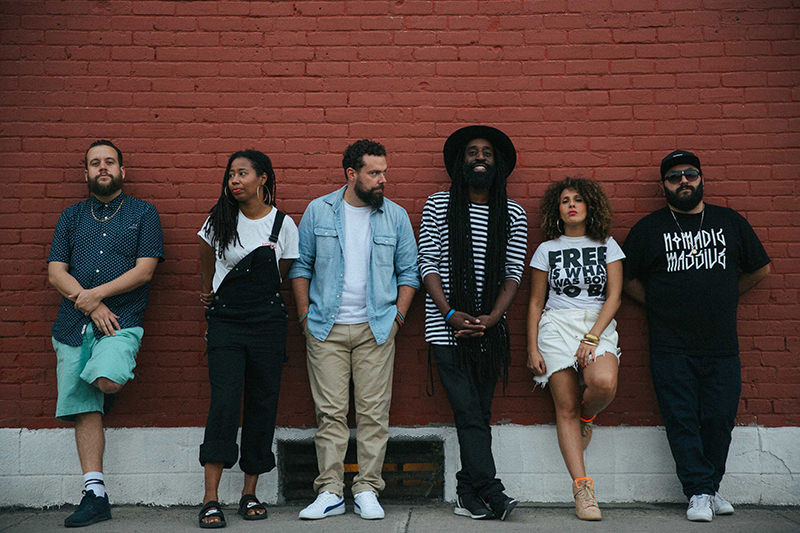 The Dancers of Damelahamid is an Indigenous dance company from the Northwest Coast of British Columbia. Their compelling performances celebrate the diversity and temporal depth of the many Indigenous cultures across Canada. Integrating narrative, movement, song, performance, and new multimedia design, Mînowin connects landscapes and coastal lines with contemporary perspectives of customary Indigenous dance forms. The Dancers of Damelahamid draw from traditional stories and explore ways to translate these perspectives through a contemporary lens. 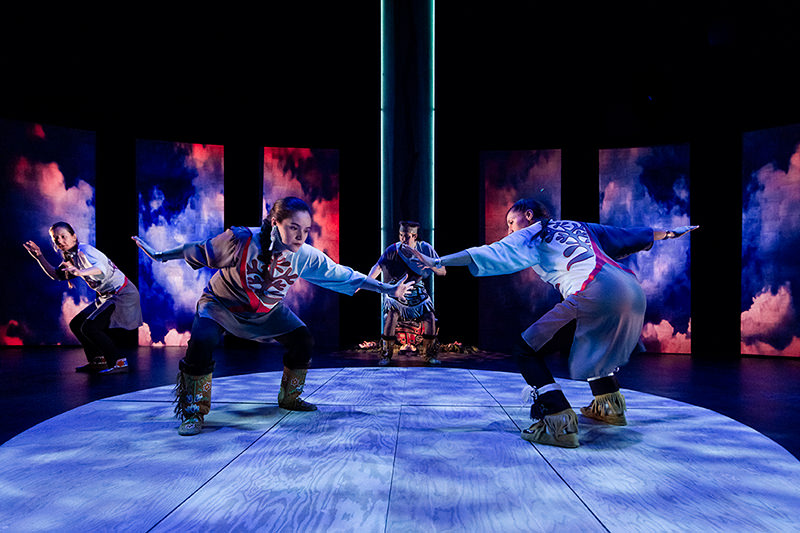 Montréal-based ILL-ABILITIES is an international breakdance crew of eight dancers from around the world. It gets its name from the hip-hop culture standard of using a negative term to refer to something positive, where “bad,” “nasty” or “mean” are compliments. Today, ILL-ABILITIES spreads positive thinking by sharing their stories with motivational entertainment programs and theatrical dance performances worldwide. 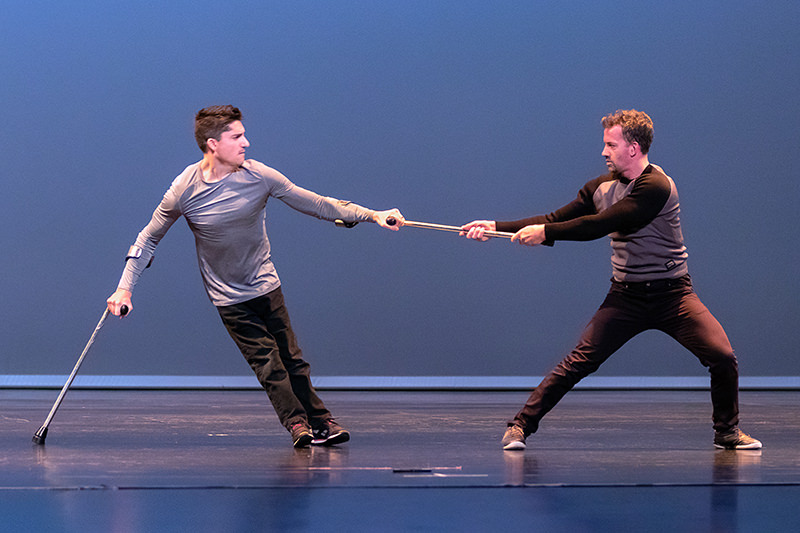 Peggy Baker Dance Projects, who we are in the dark

Peggy Baker Dance Projects is dedicated to offering experiences of significance, personal connection, and transformative potential to audiences through the power and beauty of the art of dance. Established in Toronto, Canada, Peggy Baker Dance Projects is led by one of Canada’s foremost contemporary dance artists, Peggy Baker. who we are in the dark explores and illuminates shifting identities, betrayals, secrets, and intimacies played out in the dark. The piece features seven outstanding dancers, and live music commissioned from violinist Sarah Neufeld and drummer Jeremy Gara, both from the Grammy and JUNO Award-winning rock band Arcade Fire. 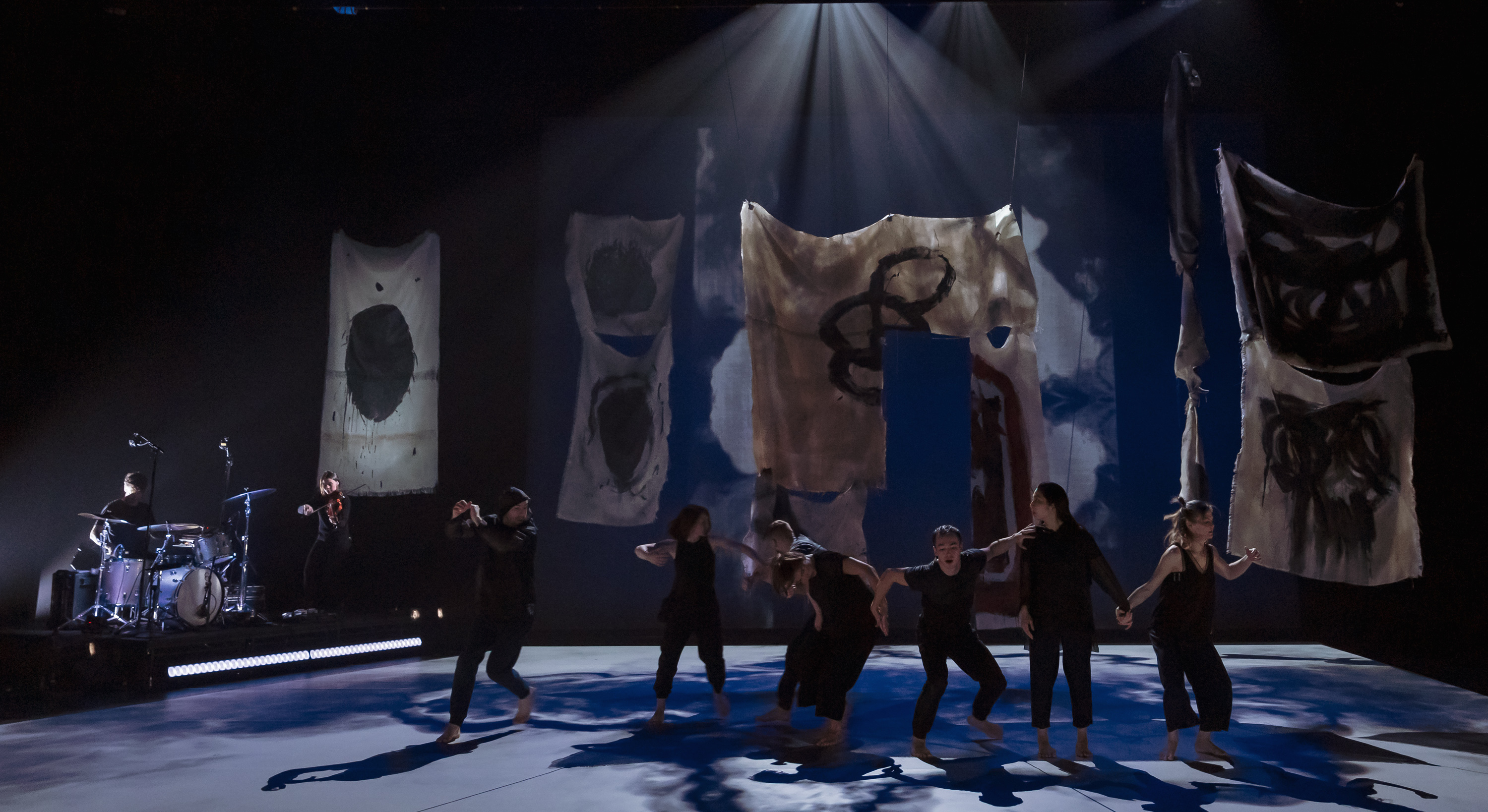 Music Picnic was founded by Toronto-based composer Njo Kong Kie to create and produce picnics—musical or otherwise. The company’s work is eclectic, joyful, whimsical, intimate, meditative, communal, and, above all, delicious—key ingredients to a great picnicking experience. Macau Experimental Theatre (MEXP) is a non-profit theatre company founded in January 2008. Recently, the company has turned its focus to new writing and music theatre. Mr. Shi and His Lover is a musical drama that tells the story of a respected diplomat and a Chinese opera star who fall hopelessly in love, only to find themselves caught in a web of deceit and betrayal. When the opera star is revealed as a spy—and a man—the two must face the prospect of their mutual downfall.

Established in 1979, Buddies in Bad Times Theatre is Toronto’s leading destination for artistically rigorous alternative theatre and a world leader in developing queer voices and stories for the stage. Laakkuluk Williamson Bathory is an Inuk artist based in Iqaluit. Laakkuluk's foundational artistic practice is uaajeerneq, a part of her Greenlandic heritage. It is a performance that looks to unhinge inhibitions in an exploration of humour, humility, fear and sexuality. Kiinalik: These Sharp Tools is the meeting place of two powerful storytellers, and the North and South of a country. Laakkuluk Williamson Bathory and queer theatre-maker Evalyn Parry give voice and body to the histories, culture, and climate we’ve inherited, and ask how we reckon with these sharp tools. 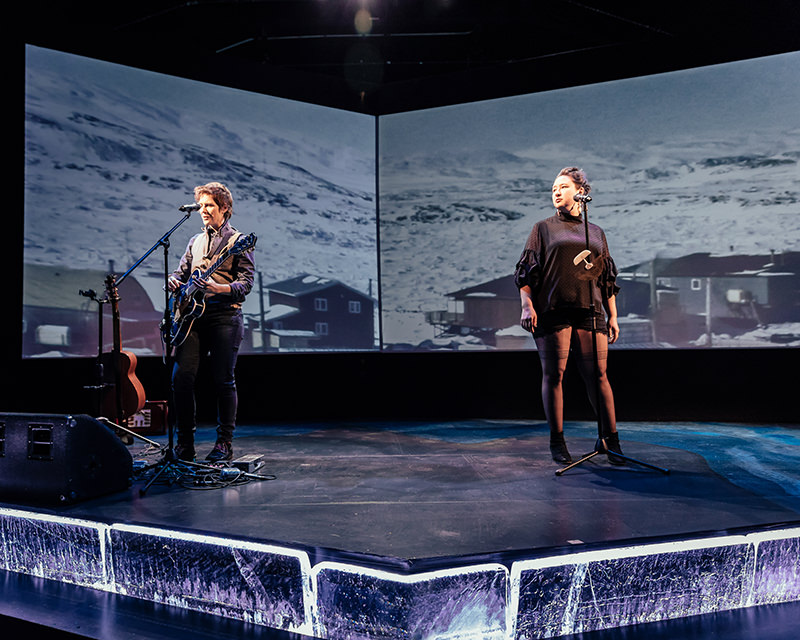 Shawn Jobin is a singer-songwriter and rapper. In May 2017, Jobin launched his album Elephant, which was named one of the 35 must-hear albums of mid-year 2017 by Ici Musique (Radio-Canada). 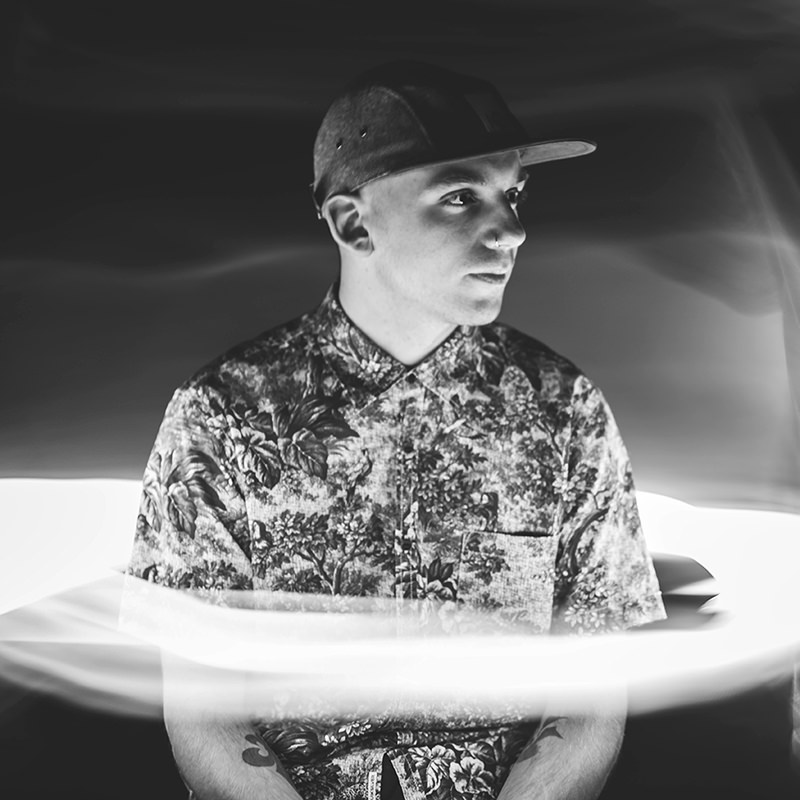 Kaia Kater is a Montréal-born Grenadian-Canadian singer-songwriter. Her 2016 release Nine Pin earned a Canadian Folk Music Award, sending her on an 18-month tour from Ireland to Iowa. Her new album, Grenades, explores themes of migration and belonging. 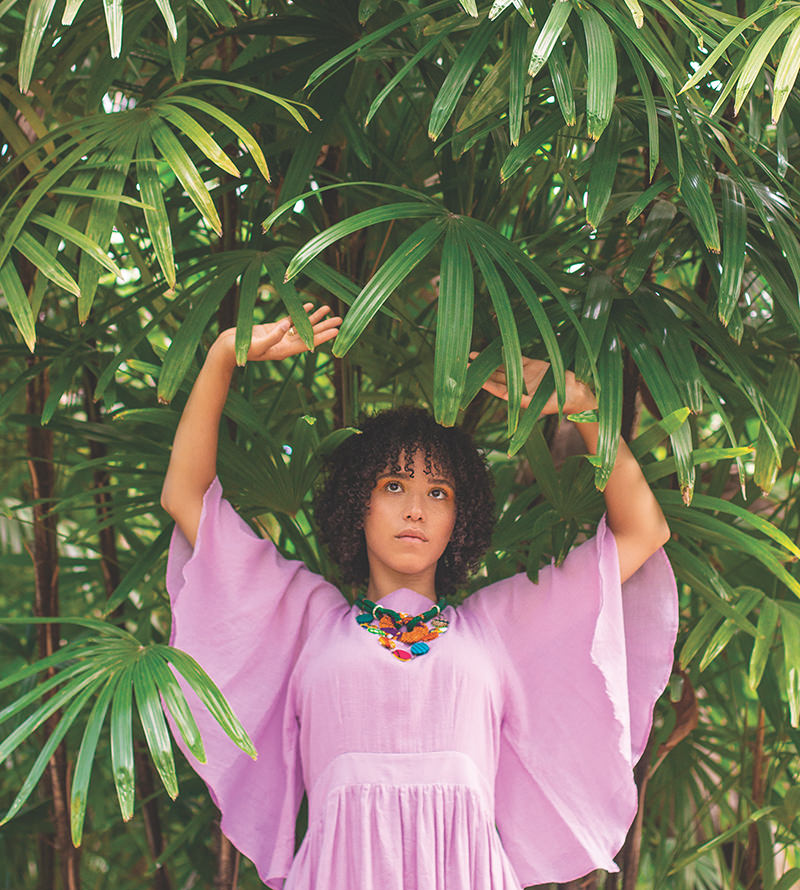 Mahler, Symphony no. 5 in C-sharp minor

Since its founding in 1934, the Orchestre symphonique de Montréal has distinguished itself as a leader in the orchestral life of Canada and Québec. A cultural ambassador of the highest order, the Orchestra has earned an enviable reputation internationally through the quality of its many recordings and tours. The OSM carries on that rich tradition under the leadership of Music Director Kent Nagano. 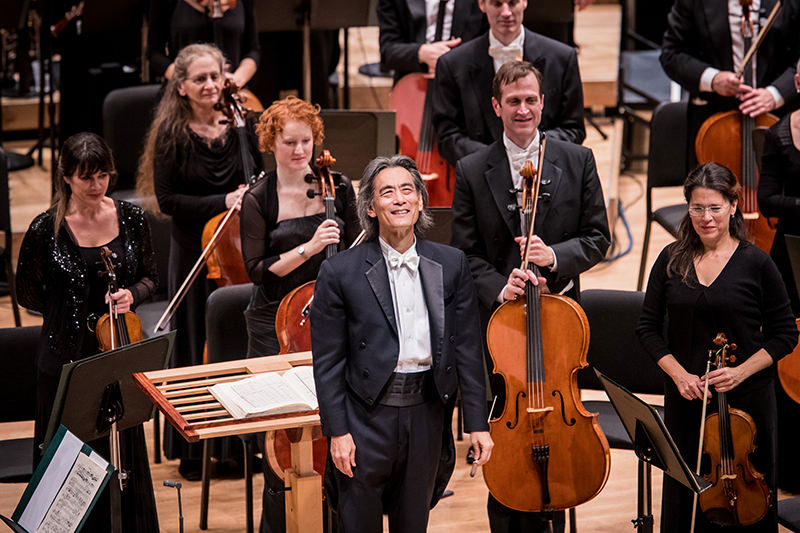 In collaboration with Telefilm Canada, FIC2019 will feature nine provocative films exploring Indigenous and youth themes throughout the festival. The films will be screened at the Auditorio General de la Universidad de Guanajuato at 7:00 p.m. 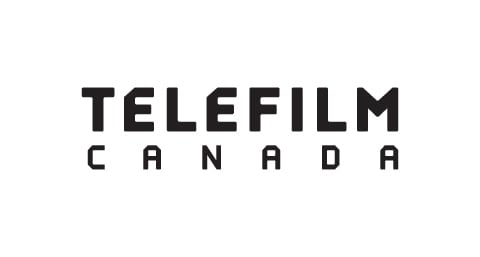 La disparition des lucioles brings to life the trials and triumphs of Léonie (Karelle Tremblay), a teenager waiting to finish high school and escape her industrial town. The story is anchored by the strong friendship between Léo and her much older guitar teacher, Steve (Pierre-Luc Brillant), which defies expectations as it touches on the characters' battling egos and negotiations of power.

Adolescents face enormous pressure to make life-defining decisions every day and they want to lock in their identities sooner than later. All of this pressure is exacerbated by physical and social changes. Franky (Josh Wiggins), the hero of the film, is under more pressure than most when his father (Kyle MacLachlan) leaves his mother (Maria Bello) for a man, and his birthday party leads to an unexpected sexual encounter.

Inuit youth in a small community gain a powerful sense of pride and purpose through the sport of lacrosse in The Grizzlies, a true-story account of tenacity, renewal, and inspiring resilience.

A young hockey player deals with the consequences of hockey violence after he critically injures another player during a game.

Based on the novel by Canadian author Richard Wagamese, and with executive producer Clint Eastwood, this powerful film tells the story of Saul Indian Horse, from his survival of an Indigenous residential school to his rise as a sports star during a time of endemic racism.

An art film with politics, drama, and humour, Koneline: Our Land Beautiful explores different ways of seeing—and being. A guide outfitter swims her horses across the vast Stikine River. The world’s biggest chopper flies 16,000-pound transmission towers over mountaintops.

Montréal, October 1970. Twelve-year-old Manon’s family is on the verge of collapse; she and her little brother Mimi are about to be placed in foster care. Manon is incensed. Inspired by the current political crisis, she comes up with a plan and takes an old woman hostage to demand the right to choose her own future.

RUMBLE: The Indians Who Rocked the World

A feature documentary about the role of Native Americans in popular music history, bringing to light a profound and missing chapter in the history of American music: the Indigenous influence.

Canada House is offering more than 50 activities during the Festival Cervantino. It will also be a rallying point in Guanajuato for artists, specialists, companies and festival-goers. Canada House is an amazing place to experience Canada’s culture and exchange with an international audience. Its program is as rich as the 75 years of diplomatic relations between Mexico and Canada.

A special program of dialogues between artists and specialists from Mexico and Canada participating in the Festival.

John Ralston Saul is an award-winning essayist and novelist. He is a Companion of the Order of Canada, the Order of Ontario and a Chevalier in the Ordre des Arts et des Lettres of France.

Canada House will also include a series of literary activities in which Canadian and Mexican writers will participate in dialogues, book presentations, workshops, etc. Full schedule to be announced.

The work of Canadian artists will be exhibited on the ground floor of Canada House, featuring two interactive VR art installations: Unceded Territories by Paisley Smith and Biidaaban: First Light by Lisa Jackson.