This fine violin was made by Januarius Gagliano in Naples in 1747. Gennaro (or Januarius in the latin form found on his labels) was part of a large violin-making family in Naples. The family proved to be intelligent, versatile craftsmen who were open to developments outside their native city, and who also possessed of a technique and style that was unique.

In 1895, W.E. Hill & Sons of London sold the violin to John A. Brown, Esq. In 1938, it was sold to Jean Klein of Geneva, Switzerland. Pearl Palmason of Toronto purchased the instrument in 1960 when she was a member of the Toronto Symphony Orchestra, and loaned it to the Canada Council in 2003. Pearl Palmason, one of the first women in Canada to pursue a career as an orchestral player, was born in Winnipeg in 1915 to parents who had emigrated from Iceland. At the age of nine she was, as she puts it, “hooked on the violin.” She studied under the renowned Carl Flesch in London, England, and under D. E. Dounis in New York City.

After her death, the anonymous heir of the violin, continued the loan.

The instrument back is of one piece and displays broad figure, descending from left to right. The ribs and scroll are of similar material. The two piece top has narrow grain widening at the flanks. The varnish is of a rich golden colour over amber. 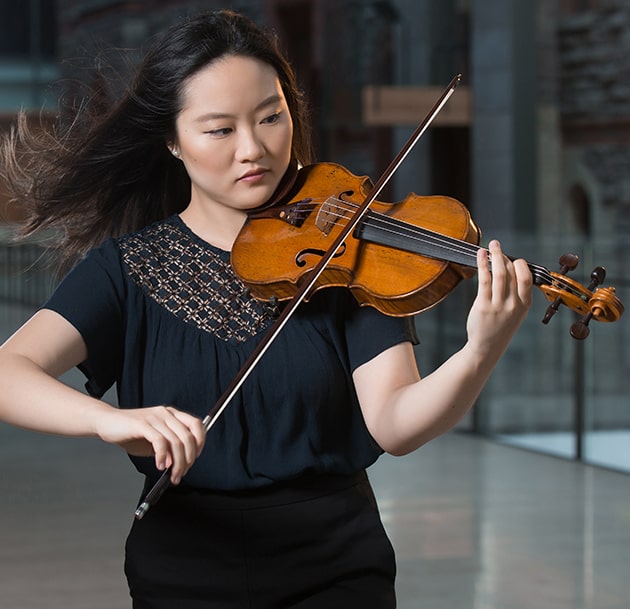