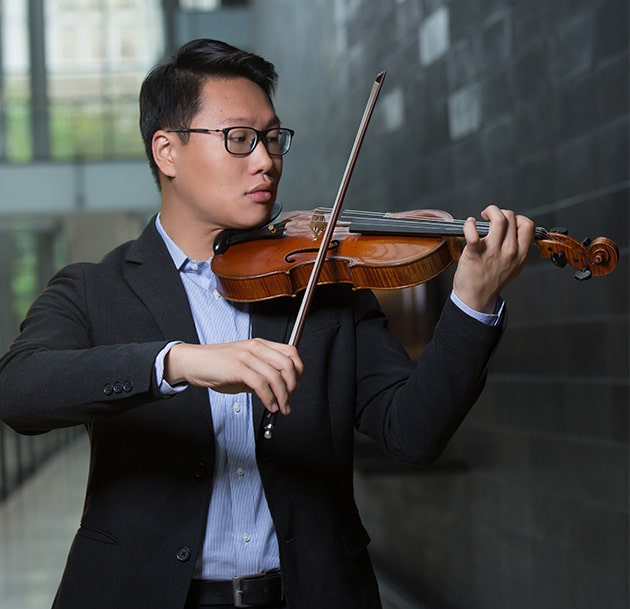 A native of Vancouver, violinist Byungchan Lee made his concerto debut at age 12. Since then he was a prizewinner at the Yuri Yankelevitch International Violin Competition, and appeared as a concerto soloist with the McGill and Vancouver Symphony Orchestras.

Byungchan has recorded twice for CBC/Radio-Canada, and performed a solo recital at the Canadian Opera Company. He has served as concertmaster of the Juilliard Orchestra, National Youth Orchestra of Canada, and the Vancouver Youth Symphony Orchestra at the 2010 Vancouver Winter Olympic Games closing ceremony. He also performed alongside Stevie Wonder at the Bell Centre in Montréal.

He received his master’s degree from The Juilliard School, studying with Masao Kawasaki, and was awarded a 2018-2019 Benzaquen Career Advancement Grant upon graduation.