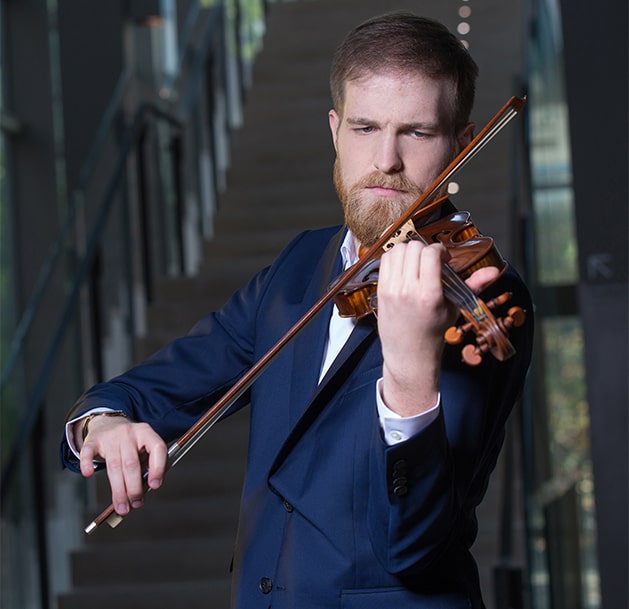 Canadian violinist, composer, and educator Christopher Whitley is an award-winning, multi-faceted artist and dedicated educator who facilitates education programs for underserved communities across the United States and Canada.

As a founding member of the Thalea String Quartet, Christopher has performed recitals in the United States, Canada, and Europe. The quartet was recently named the Young Professional String Quartet at the University of Texas at Austin, and will also serve as Associated Artists at the Queen Elisabeth Music Chapel in Belgium for the 2018/19 season. Christopher regularly performs jazz, experimental and early music and frequently presents multimedia performances of his original works for violin, electronics and computer-generated visuals. His debut album of original compositions, Hecca Autre, was released in 2018.

He completed his studies at McGill University with Mark Fewer, and at the San Francisco Conservatory of Music with lan Swensen.