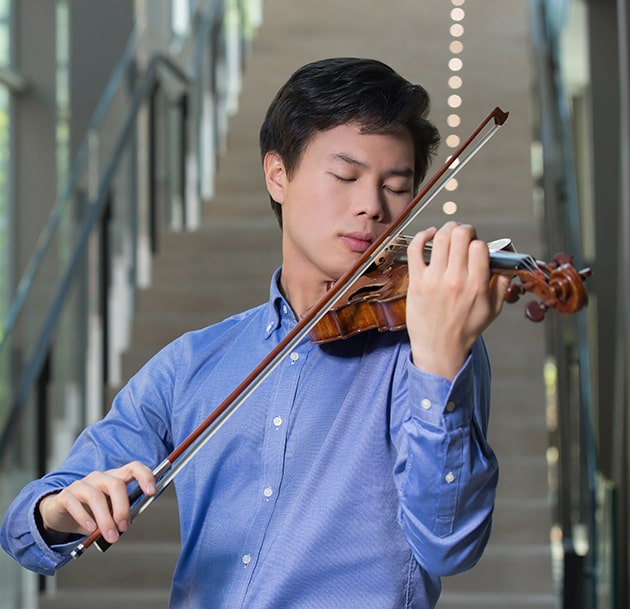 Canadian violinist Timothy Chooi has been described by La Presse as “the miracle.” Most recently, he won the 2018 Schadt Violin Competition, received the Bronze Medal in the Michael Hill International Violin Competition, completed an extensive recital tour throughout Canada, and released his first professional album.

He is also the 2013 winner of the Vadim Repin International Scholarship, a recipient of the Sylva Gelber Award, and the Grand Prize winner of the Orchestre Symphonique de Montréal Manulife Competition. He’s performed with every major orchestra in Canada, and continues to expand his international presence in the arts.

Timothy also continues to play a role in the promotion of arts education for youth in communities across Canada and around the world, having raised over one million dollars in the past four years.